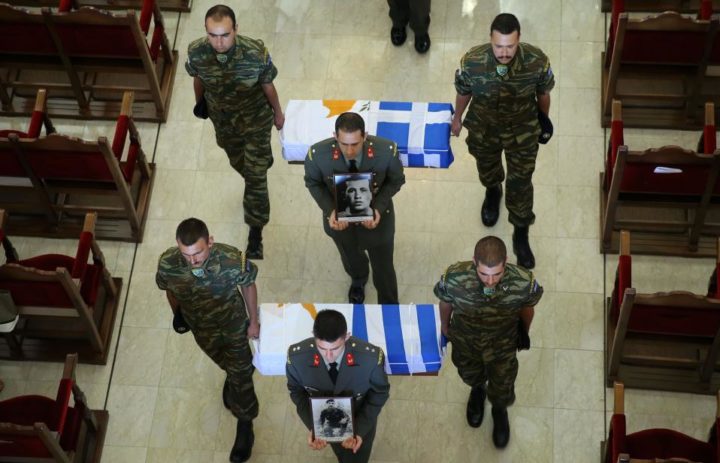 The remains of six Greek soldiers who were killed during the Turkish invasion of Cyprus in 1974 will be returned home on Thursday.

The bodies of the soldiers will be repatriated following an official handover ceremony which will take place at the Church of Divine Wisdom in Strovolos, Cyprus on Thursday morning, in the presence of the soldiers’ families and officials from the Greek and Cypriot governments.

The remains are of four soldiers listed as killed in action and two who were formerly listed as missing in action. Now that their remains have been discovered and identified, they are now being handed over to Greece so that they might be buried with the appropriate military honors.

Two of the soldiers were on the Noratlas aircraft which was accidentally shot down by friendly fire in July of 1974.

The Cypriot government will be represented by Defense Minister Savvas Angelides and Presidential Commissioner Photis Photiou.

Family members of the six soldiers arrived in Cyprus on Wednesday, while their relatives’ remains will be transported to the church by the Cypriot National Guard on Thursday morning.

The families of the fallen men and the soldiers’ remains will then be taken to the airport at Larnaca, where a religious service will take place; they will then be transported to Greece in a Hellenic Air Force C-130 transport plane.

A second ceremony will follow in Greece, attended by Greek National Defense Minister Nikos Panagiotopoulos and representatives from the Cypriot Embassy in Athens.

The soldiers’ funerals will be held in the following days, according to arrangements made by each family.

With information from AMNA and CNA